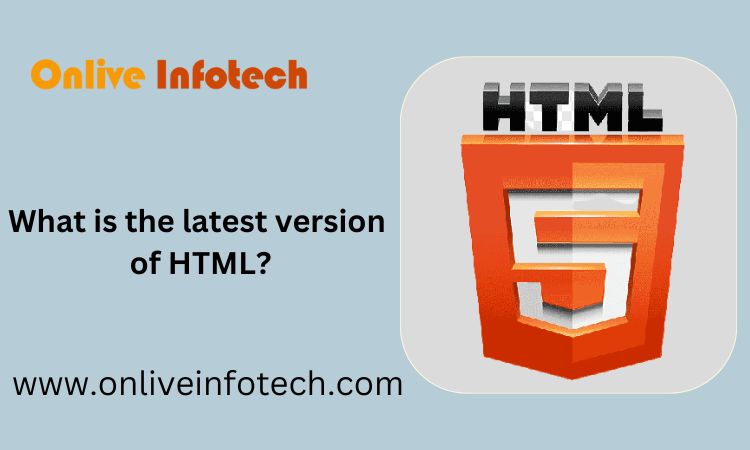 With the rise of web technologies and the evolving internet, HTML has had to adapt to keep up with user needs. With this evolution, browsers stopped supporting older HTML versions and started supporting newer ones. The latest version of HTML is HTML5 which is continually being updated with new features such as video and audio elements, canvas, animations, and more.

HTML is the standard markup language for creating websites and web applications. HTML5 is the latest version of HTML, with new features that allow developers to create more powerful and interactive web applications.

Some of the new features in HTML5 include:

– Improved support for audio and video

– Improved support for styling and animation

– New APIs for better interaction with browsers and devices

HTML5 is supported by all major browsers, including Internet Explorer, Firefox, Safari, and Google Chrome.

How many types of HTML Version?

There are three different types of HTML:

HTML 4.01, which is the most recent version of HTML and the one that is most widely used today. This version includes new features such as support for cascading style sheets (CSS) and tables.

XHTML 1.0, which is a more strict and well-formed version of HTML. This version is not as widely used as HTML 4.01 but it is gaining popularity because it can be easily read by computers and other devices.

HTML5, which is the latest version of HTML and the one that is currently being developed. This version includes new features such as support for audio and video playback, offline storage, and improved performance.

HTML5 is the latest version of HTML and is the most modern. It offers many new features and benefits and is designed to be more user-friendly than previous versions. Some of the new features include:

How is the new HTML different from the previous versions?

The HTML specification has undergone many changes since its inception in the early 1990s. The latest version of HTML, known as HTML5, is a major revision of the specification that includes new features like audio and video elements, support, for local storage, and richer APIs for more complex applications.

While earlier versions of HTML were primarily focused on defining the structure of documents, HTML5 brings together a number of disparate technologies under a common umbrella. This allows developers to create more powerful and interactive web applications.

Some of the most notable differences between HTML5 and previous versions include:

– A new history API for better control over browser history

– A canvas element for drawing graphics

What are the benefits of using it?

The benefits of using HTML5 are many, but the most significant ones include:

– Improved semantics: With HTML5, documents have better structure and meaning, making them more readable for both humans and machines.

– New elements: There are a number of new elements in HTML5 that allow for richer content without the need for additional plugins (such as <video> and <canvas>).

– Offline storage:HTML5 provides a mechanism for storing data locally on the user’s computer, so that web applications can continue to function even when the user is offline.

What can you do in HTML5 that you couldn’t do before?

HTML5 is the latest version of HTML and the most modern. With HTML5, you can do things that you couldn’t do before, such as:

– Create animations with CSS3 and JavaScript

– Use the canvas element to draw graphics on the web page

Some features of HTML5 include new elements, attributes, and support, for local storage, audio, video, and canvas elements. In addition, forms can now be validated without relying on JavaScript.

The following sections will provide an overview of how to create a website using HTML5.

Creating a website using HTML5 is simple. First, you will need to create a file called “index.html” using a text editor such as Notepad or Text edit. Once you have done this, you can then add the following code:

<!– Here is where you would enter your website’s content –>

HTML5 is the most recent version of HTML and the most modern. It is a markup language that is used to structure and present content on the World Wide Web. HTML5 was designed to be backward-compatible with older versions of HTML, to improve the language with support for the latest multimedia technologies, and to make it easier for developers to create responsive, web-based applications.

In how many ways you can display HTML elements?

inline: Using this we can display any block-level element as an inline element. The height and width attribute values of the element will not affect.

block: using this, we can display any inline element as a block-level element.

inline-block: This property is similar to inline, except by using the display as inline-block, we can actually format the element using height and width values.

flex: It displays the container and element as a flexible structure. It follows the flexbox property.

inline-flex: It displays the flex container as an inline element while its content follows the flexbox properties.

grid: It displays the HTML elements as a grid container.

none: Using this property we can hide the HTML element.

Which version of HTML is currently used?

HTML5 is a major update to the HTML specification, bringing with it new features and enhancements that make it more semantically rich and better suited for developing modern web applications.

Some of the new features in HTML5 include:

what is the latest version of HTML and CSS?

The latest version of HTML is HTML5. It includes new features that make web development more efficient and effective. One of the most notable features is the ability to include multimedia content without the need for plugins. This allows for better compatibility with mobile devices and a more seamless user experience.

CSS3 is the latest version of CSS. I released this version in 2012 and includes new features that improve the presentation of web pages. One of the most beneficial features is the use of media queries, which allows for different style sheets to be loaded based on the screen size of the device being used. This makes it easier to create responsive designs that look great on all devices.

HTML5 is the latest version of HTML and the most modern. It offers many benefits over previous versions, including better support for multimedia and more interactive elements. If you’re looking to create a website that is cutting-edge and truly representative of the latest web technology, HTML5 is the way to go.